Cookie preferences
This website uses cookies, which are necessary for the technical operation of the website and are always set. Other cookies, which increase the comfort when using this website, are used for direct advertising or to facilitate interaction with other websites and social networks, are only set with your consent.
Configuration
Technically required
These cookies are necessary for the basic functions of the shop.
Allow all cookies
CSRF token
Cookie preferences
Currency change
Customer-specific caching
Decline all cookies
Individual prices
Selected shop
Session
Comfort functions
These cookies are used to make the shopping experience even more appealing, for example for the recognition of the visitor.
Note
Statistics & Tracking
Affiliate program
Facebook-Pixel Analytics
Google Analytics
Track device being used
Categories
Information

Case study: Correlation between the duration of a steam sterilisation process and the weight of the processed load 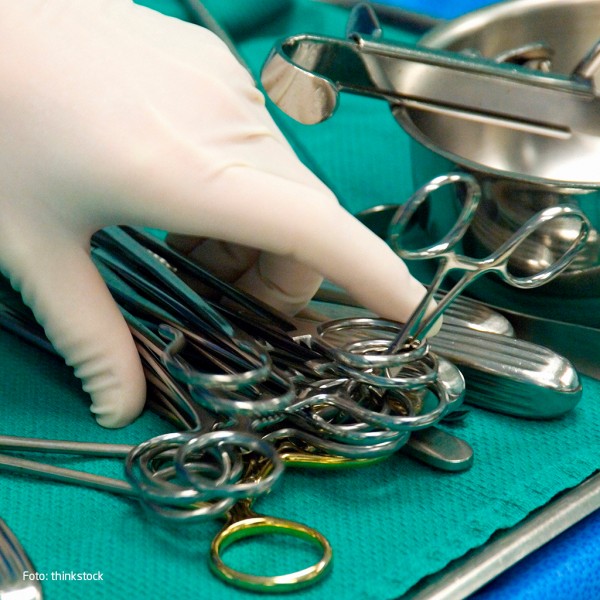 Background: There is a common understanding that load mass has an effect on the duration of a steam cycle. However, no information was found in the literature that addresses trends in the duration of steam sterilisation processes and the effect of load weights.

Aim: To find an explanation for variations in the duration of steam sterilization cycles related to weight of the load.

Method: A case study was performed with a protocol and an independent logging device in three sterilisers. Divided over three similar brand and type sterilisers, more than 700 datasets were acquired and analysed.

Conclusion: The results demonstrate that in this case study, the duration of a cycle with a linear trend line can be estimated when the steriliser, its process and the weight of the load is known. The results also demonstrate that a single steriliser can exhibit different performance profiles for the same load weight. This information can also be used to profile sterilisation cycles and plan sterilisation processes for the sterilising department. The method may be applicable to other brands and types of sterilisers.

The most applied sterilisation method in healthcare for sterilisation of medical devices is steam. It is shown in literature, that sterilisation practices today are not completely understood [1, 2]. Literature defines “sterile” as “free of all viable organisms” [3]. Conditions to obtain sterile devices in steam sterilisation are specified in the literature [4] and standards [5]. In practice, however, it is noticed that the duration of a steam sterilisation process varies. Although the literature and standards indicate the success of a process depends on the combinations of the steriliser process, load contents, loading pattern and wrapping [5–7], no literature is found that explains the correlation between the weight of the load and the duration of the process. The aim of this case study was to research if a relationship between the weight of the load and the duration of a process could be identified in three sterilisers of the same brand, type and chamber size.

In the period from March 2017 to July 2017 every load monitoring was performed on the three sterilisers located in the CSSD of the The Mater Misericordiae Hospital with 3MTM Electronic Test System (ETS model 4208, Neuss, Germany). This will be referred to as ETS for the remainder of this article. A protocol to acquire the data was developed based on the daily practice and procedures of the Central Sterile Supply Department (CSSD) of the The Mater Misericordiae Hospital. A flowchart of the protocol with detail explaining the process is presented in figure 1.

To have independent measurements, an independent data logger for pressure and temperature was needed. Because of the harsh conditions in the steriliser process, a device had to be chosen that can withstand these conditions and meet the specifications in the standards [8]. Based on the literature [9], the 3MTM ETS was selected. Although the ETS complies with the standards for steam penetration [10], it has to be remarked that in this study, only the independent pressure and temperature measurements of the ETS were used for analysis. Therefore, the ETS was not used as a steam penetration test as referred to EN 285 [8] and ISO 17665-1 [5] and ISO 11140-4 [10]. As mentioned above, ETS units are self-contained data loggers fitted with sensors measuring, amongst more, the chamber temperature and pressure. Each ETS is individually calibrated and therefore the units are interchangeable and can be used across any steriliser. The ETS records the chamber temperature and pressure in 1 second intervals while the steriliser registers these values only every 30 seconds. A higher time resolution was needed for a better analysis of the time relation. Together with the independent calibrated measurement of pressure, a temperature system was needed that could be run in every load, the ETS complied with the essential specification for the data acquisition.

The location of the ETS data logger was similar in every load, above the drain on the lowest loading level across the 3 sterilisers. This location was selected to obtain datasets that are comparable. Further data that was recorded from each cycle was the weight of every load in kilograms, the instruments that were packed in the trays and the materials that were associated with the load. As indicated above the time resolution of 1 second is required [8], whilst the registration of the steriliser was approximately 30 seconds.

The CSSD has 3 pre-vacuum steam sterilisers of the same brand, type and chamber size. This study was not intended to investigate these sterilisers. It is therefore not necessary to disclose the brand and type of the sterilisers. The chamber volume of each of

The sterilisers are validated yearly by an independent company and comply with the requirements in the applicable standard [5]. The sterilisers are the same brand, type and chamber size and were installed at the same time, and therefore could be expected that the processes and behaviour of the sterilisers are similar. This would make it possible to have one data-base that could be analysed.

An example process of the sterilisers is depicted in figure 2. This ETS Graph shows the chamber pressure and chamber temperature of an example cycle in blue and green respectively. The numbered yellow circles are called Control Points (CPs). At these CPs, the process goes to a next action or phase, such as steam injection, vacuum pumping and start of the plateau period. The CPs are numbered as can be noticed in figure 2.

The sterilising cycles were analysed in three phases, the conditioning, plateau and drying phase. However, the first measurements of analysis revealed that the three sterilisers had different sterilisation cycles installed. The variation in the sterilisation cycles made it not possible to approach the acquired set of processes as a uniform data-base. For this reason, the database had to be separated per steriliser.

The items that were processed in the sterilisers were solid and channelled stainless steel medical instruments, including orthopaedic devices typically.

Tags: Main Article
Write a comment
This website uses cookies, which are necessary for the technical operation of the website and are always set. Other cookies, which increase the usability of this website, serve for direct advertising or simplify interaction with other websites and social networks, will only be used with your consent.
Decline Accept all Configure