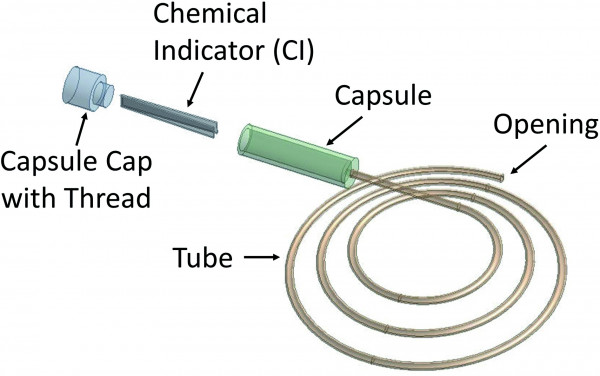 The focus of this study is to investigate different process challenge devices (PCDs) for narrow lumens used within a small steam steriliser. Prior studies were primarily focused on the application of PCDs within large steam sterilisers. The point of a PCD or medical product simulator (MPS) is to find out whether a product, in this case a steriliser, works as required or not. However, if this PCD or MPS fails at doing its job, no safe conclusions can be drawn. Ultimately, we risk patients’ health on a global level. PCDs are necessary as it is impossible to test on site for the sterility of a medical product intended for immediate reuse without contaminating selfsame. The goal of this study is to identify the weak points within the PCDs which are currently available on the European market. The key questions that pose themselves are:

1) Is the informative value of a PCD for narrow lumens still valid and valuable?

2) Is there a reasonable risk of false positive indications for current devices available on the market?

The advantage of PCDs is that they provide information about the performance of the steriliser, independently  of the sterilisers control system. A total of four different PCDs for narrow lumens and their corresponding chemical indicators (CIs) were tested within a state-of-the-art small steam steriliser. The PCDs were investigated both  in their original state as well as after being subjected to manipulations such as an extension of the lumen or plugging of the single-opening. This study revealed significant flaws in existing PCDs for narrow lumens that might lead to false positive indications of the de-aeration behaviour within a sterilisation chamber.