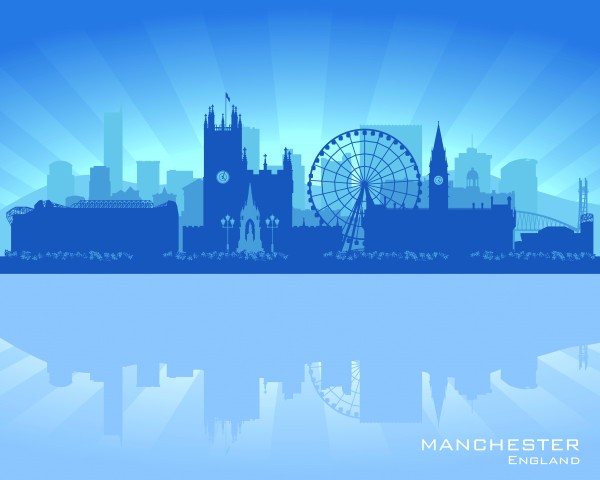 This year’s meeting was held at the Worsley Park Marriott Hotel & Country Club near Manchester. The conference was introduced by the chair of the club, Val O’Brien with the news that next year’s conference dates had already been set and that it would be in Stratford-upon-Avon on the 30th to the 31st March 2020. As part of her opening address she relayed some interesting facts about Manchester although given the that it was April fool’s day, some delegates seemed unsure as to which facts were true and which were made up. But indeed, it is true that William Cowherd from Salford near Manchester is credited with first advocating the theory of vegetarianism in the UK!

The Keynote opening presentation was delivered by Dr Robert Spencer. He began with some interesting quotes about science including a famous quote from Donald Rumsfeld “There are known knowns; there are things we know we know. We also know there are known unknowns; that is to say we know there are some things we do not know. But there are also unknown unknowns — the ones we don’t know we don’t know”. This led to a discussion of null hypothesis and how it can catch the scientist out. He linked this to the UK BSE outbreak and its link to vCJD. He used the example of the early days of HIV as a known unknown and discussed future challenges such as robotic surgery, antimicrobial resistance and the future of the NHS. He saw protein detection as a continuing problem and stated that there were millions of viruses yet to be discovered and they were one of the great unknown unknowns! He formally declared the conference open and hoped that delegates enjoy the two days.

The Kelsey Lecture was delivered by Prof Dr Margreet C Vos, clinical microbiologist at Erasmus University Medical Centre. Professor Vos presented on the Failure of cleaning and disinfection of endoscopes. Her presentation mainly focused on duodenoscopes and the incidents around them. She stated that reported infections are the tip of a huge iceberg with risks around breaches in reprocessing and complex design. She presented work of Du et al showing post ERCP infections and reported that the organisms identified did not represent patients natural occurring flora. Although we now have better data, we still do not know whether most infections are related to a contaminated endoscope or not. Multi drug resistant organisms compounded the problems and she highlighted CarbapenemResistant Enterobacteriaceae as a particular issue. She discussed the 2016 senate report from the United States on multidrug resistant organisms and endoscopy.

Vos highlighted the problem at her own hospital regarding issues with the Olympus TJF-Q180V duodenoscope and a pseudomonas aeruginosa outbreak. She discussed the changes in that particular endoscope design regarding the closed elevator wire channel and the fixed distal cap. The Oring used to seal the elevator wire did not prevent contamination into the channel. As a result of issues identified they then undertook a nationwide study to see if other hospitals had a similar problem or if the problem was due to practices at their own hospital. The study found that 22% of endoscopes sampled had more than 20 CFU of contamination. 50% of endoscopes tested positive for gut flora. Swabs of elevator mechanisms and biospy channels were most contaminated and 53% of centres had a problem.  Interestingly the survey data should no differences between new or old endoscopes.

She stated that comparing studies is difficult because they use different frequencies of sampling, different culture methods and different sampling procedures. She posed the question whether reprocessing was too complicated to ever be error free. Professor Vos then discussed biofilm and highlighted some papers that showed biofilm formation in endoscopes was quite common. In the second part of her presentation she talked about possible solutions to the endoscope problem including:

Tags: Congress
Write a comment
This website uses cookies, which are necessary for the technical operation of the website and are always set. Other cookies, which increase the usability of this website, serve for direct advertising or simplify interaction with other websites and social networks, will only be used with your consent.
Decline Accept all Configure