Cookie preferences
This website uses cookies, which are necessary for the technical operation of the website and are always set. Other cookies, which increase the comfort when using this website, are used for direct advertising or to facilitate interaction with other websites and social networks, are only set with your consent.
Configuration
Technically required
These cookies are necessary for the basic functions of the shop.
Allow all cookies
CSRF token
Cookie preferences
Currency change
Customer-specific caching
Decline all cookies
Individual prices
Selected shop
Session
Comfort functions
These cookies are used to make the shopping experience even more appealing, for example for the recognition of the visitor.
Note
Statistics & Tracking
Affiliate program
Facebook-Pixel Analytics
Google Analytics
Sendinblue Tracking Cookies
Track device being used
Categories
Information 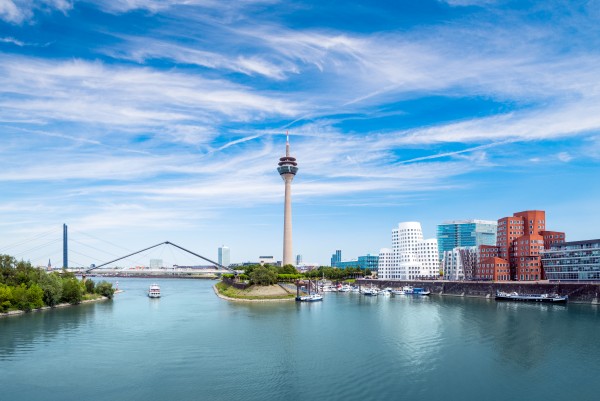 The 9th Medical Instruments Colloquium was held within the setting of the International Detergency Conference on 11 April in Düsseldorf. In her introductory speech Prof. Heike Martiny described the amendments made to ISO 15883, some of which resulted from the fact that the definitions and terms from ISO 11139 had to be incorporated into all parts of the standard.

In Part 1 the lower range A0 value was increased from 65 to 70 °C. Because of the early stage of the revision process other major changes were still possible.

In the new Part 4 (automated endoscope reprocessor [AER]) the performance requirements had been fully revised. For example, the requirements for the final rinse water had been expressed in more concrete terms and requirements for channel drying had been included. Martiny explained how endoscopes were classified into product families and the various groups defined, while pointing out that it was not always easy to make the correct assignment on the basis of minor differences.

The greatest change to Part 5 related to the transition from a Technical Specification to a standard. Criteria were introduced for the cleaning efficacy. Test soils were no longer described in great detail but the choice of test soil had to be justified and documented. Testing was based on visual inspection and quantitative protein detection. Warning values had been introduced for various analytes such as protein, total organic carbon (TOC), carbohydrates or haemoglobin.

Klaus Roth spoke about the practical relevance of ISO 15883-5. While warning and intervention values were useful in the laboratory, that was hardly the case in the Reprocessing Unit for Medical Devices (RUMED). Roth reported on a multicentre trial on cleaning. It was possible to effectively remove a blood soil already long before the allotted 120-second time with water alone and at various temperatures. Hence, testing with detergents was hardly possible. Coagulable blood was more difficult to remove since fibrin generated a strong network structure. That could also be labelled with technetium, making it accessible to detection with the radionuclide method. In the currently valid version of ISO 15883 limit values were also still expressed as absolute values and not in relation to a specific surface area. Roth explained that – generally speaking – on the whole it was not difficult for hospitals with modern washer-disinfectors (WDs) to undershoot the warning values.

The new version of ISO 15883 reduced the number of test methods and test soils needed. Not all soils contained fibrin, which may be seen as the most resistant soil. Roth concluded by stating that the new version was of greater practical relevance but there was still room for a number of improvements and discussions. There were standards for machinery and instruments – what was lacking was a standardized test method for detergents.

A standardized test method
for detergents is lacking.

PCDs – when are they useful?

Wayne Spencer reported on a study with process challenge devices (PCDs). Four detergents were tested in four machines straight from the factory. First, Edinburgh Test Soil as per ISO 15883-5 was used, combined with a commercially available swabbing method, in each case with a full and half-full load. Spencer explained that the Edinburgh Test Soil was not reliable since it was difficult to apply and dry and was not standardized. Nor could real life instruments be used since that would mean that the soil was not standardized. Therefore, the method from the guideline compiled by the German Society of Sterile Supply (DGSV), German Society of Hospital Hygiene (DGKH) and the Instrument Preparation Working Group (AKI) regarding ISO 15883 was used. [...]

Tags: Wayne Spencer, Congress
Write a comment
Related products
Huys
Sterilization of Medical Supplies by Steam
€32.80 *
This website uses cookies, which are necessary for the technical operation of the website and are always set. Other cookies, which increase the usability of this website, serve for direct advertising or simplify interaction with other websites and social networks, will only be used with your consent.
Decline Accept all Configure