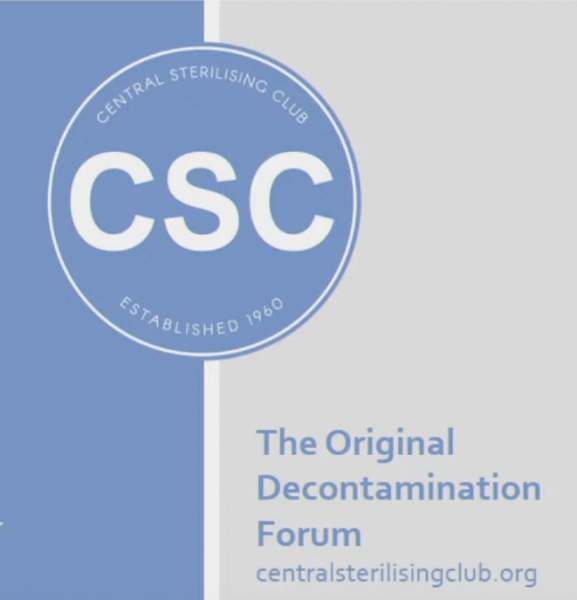 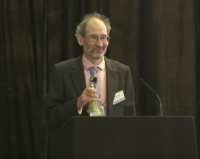 The CSC’s 60th Anniversary Annual Scientific Meeting was held this year as a hybrid event. At last, many delates were able to attend in person, while others tuned in to the online stream from their home computers.

After the welcome and opening speech by the chairman Jimmy Walker, Robert Spencer and Geoff Ridgway in their prologue looked back at the CSC’s eventful history, recalling a few anecdotes.
The Kelsey Lecture was given by Peter Hoffman and he too looked back to the early days of infection control, using historical photos to show that it was indeed a different world back then. Surveillance was virtually non-existent; for example, cases of endotoxin shock caused by contaminated infusion solutions were not linked to the associated deaths.
Even today, not everything was as it should be, as Hoffman demonstrated with photos showing endoscope and incubator reprocessing results. To finish off, he explained that reprocessing specialists could contribute a lot to eliminating such deficiencies.

The thesis of this year's debate was: hospitals lack the expertise to function safely without an independent authorising engineer (AE(D)). Sulisti Holmes spoke in favour of the thesis. She presented the regulations and emphasized that the AE(D)s were identified there as being critical to safety. She described several cases where patients had been harmed because of reprocessing mistakes. To avoid such errors, their independent expertise was essential.
Wayne Spencer, himself an AE(D), questioned the independence of the so-called independent AE(D)s. Meanwhile, many hospitals were too big – it would be cheaper for them to hire their own specialists. His concluding statement: hospitals are well able to function without an independent AE(D), but not entirely without an AE(D).
The subsequent voting showed that the majority of the audience members sided with Spencer – he thus emerged victorious from this verbal exchange.

In the afternoon Andrew Thomas from Royal Orthopedic Hospital in Birmingham spoke about fluid mechanics of ultra clean operating theatres and microbiology contamination of surgical instrument trolleys. He presented a number of interesting studies showing how the airflow within the OR changed due to various influencing factors. To sum up, Thomas explained that it was often possible to overcome issues around microbial sedimentation by making small changes to the positioning of, for example, lights or objects within the OR.

Wendy Briggs, specialist for clinical procurement and quality assurance spoke about cooperation with clinical professional groups for procurement. This was important to procure medical devices with the characteristics actually needed. The medical devices should also be further evaluated during use to verify their suitability in everyday use.

On the second day of the meeting, Mark Garvey began with an overview of environmental cleaning and disinfection in hospitals. In some cases, microorganisms could persist for a long time in the environment, e.g., Staphylococcus aureus for between 7 days and 12 months and Clostridium difficile spores for more than 5 months. Citing the results of various studies, Garvey stated that patients accommodated in a room where such microorganisms still persisted from the previous patient were thus are higher risk of infection. That was why environmental cleaning and disinfection were so important. However, often training to ensure that effective cleaning was implemented was overlooked. In this regard, it was also necessary to think about monitoring cleaning.

David Jenkins reported on water microbiology in relation to endoscope reprocessing. Water could sometimes be more of a hazard when trying to achieve the desired condition of the endoscopes. Not only the endoscope but also some accessories, e.g., 3-way stopcocks, could be contaminated by water.
Proper reprocessing of endoscopes was the key to avoiding patient-to-patient cross-infections, and the emergence of multidrug-resistant bacteria was a problem, but also just the tip of the iceberg, Jenkins said.

Mike Weinbren, NHS Assure, spoke about hospital drains – are they the pinnacle of human ingenuity or hotbeds of infection? He reported on the beginnings of hygiene with the findings of Semmelweis and of John Snow, who identified the links between epidemic cases in London and the location of the water pumps. Cholera thus proved to be the driver of improvements in the sewage system.
Even today, infections were spread through washbasins and sewage pipes in hospitals. Drains all led to the same pipe system and, in the event of blockages or unfilled siphons, could give rise to microbial spread to other areas, even vertically across different floors.
Armed with numerous photos, he demonstrated improperly installed washbasins that could lead to the spread of droplets within up to 2 m around the water tap. In many modern facilities, e.g., hospital pharmacies or isolation rooms, washbasins were therefore no longer installed at all in the actual work or patient rooms – hands were washed before entering.

Richard Bancroft spoke about the practical use of standards in medical device decontamination/reprocessing. He pointed to the myriad of standards and other regulations in force, which now in the post-Brexit era were different in the UK from the EU. However, the UK's own medical device legislation was based on the EU's Medical Device Regulation. But the UK was also developing its own "designated standards".
Bancroft described the process of developing a harmonized standard and emphasized that not all standards were harmonized. Harmonized symbols, such as labelling with "MD" (for medical device) helped replace text, especially in the EU with its more than 20 languages (ISO 15223).

Malcolm Thomas, Consulting Engineer, spoke about ventilation standards for reprocessing decontamination/reprocessing facilities and on updating the corresponding Health Technical Memorandum (HTM03-01 – Ventilation standards for decontamination facilities). Revision was a very lengthy process. HTM 03-01 (2021) consisted of two parts. Part A addressed the specifications, installation and testing of healthcare ventilation systems. It applied to all new equipment as well as to upgraded equipment. One of the aims of the revised HTM was to reduce energy consumption and underpin the government's zero-carbon policy. However, the new equipment systems needed more space which was not always available in buildings.

Gerhard Kirmse, Aesculap AG, spoke about cleaning and detection of protein residues. Validation was intended to make the process more reliable. Kirmse highlighted that many elements had to work together for good cleaning, ranging from load assembly through the correct progression of the actual process to the stability and reproducibility of the process parameters. Protein detection on instruments harbouring everyday soils after use and then reprocessed as well as other routine checks completed the picture.

Val O’Brien, in the last presentation, explored the outlook for reprocessing in the next 60 years. She described the challenges faced at the time she entered the reprocessing domain. There were no QM systems, textiles were still used in the trays and injection needles were reusable. Traceability was also still an alien concept – indeed, there was no need for it yet. One wondered whether these were the "good old days" that people always talked about.
Even back then, the CSC was a great help in keeping up with best practice, O’Brien said.
There were also challenges for the future: sustainability, the green agenda, and the reduction of CO2 emissions were in the spotlight. And developments, both in technology and normative requirements, would continue. O’Brien emphasized that patient safety had to remain the top priority despite everything.

That brought to a close the 60th anniversary CSC scientific meeting. For further events please visit the CSC website. 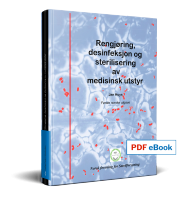 issue 01/2022
ZENTRALSTERILIZATION 01/2022
€16.50 *
This website uses cookies, which are necessary for the technical operation of the website and are always set. Other cookies, which increase the usability of this website, serve for direct advertising or simplify interaction with other websites and social networks, will only be used with your consent.
Decline Accept all Configure