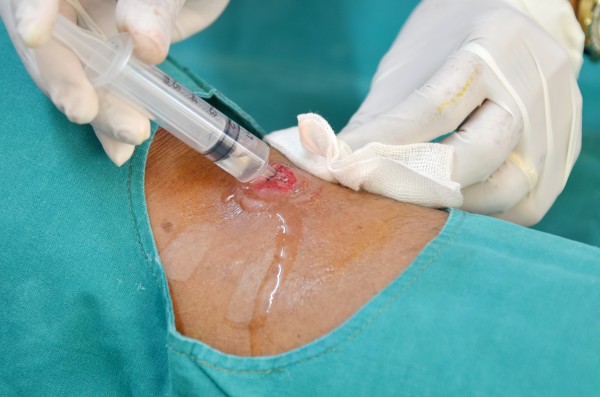 Summary
Background: It has been discussed for a long time whether drinking water is an adequate medium for the irrigation of wounds. With regard to the legal basis and the data, it should be examined in this paper, whether and in which cases drinking water can be an adequate irrigation fluid for wounds.
Methods: The following German legal regulations were used: the German Infection Protection Law (Infektionsschutzgesetz, IfSG), the Drinking Water Ordinance (Trinkwasserverordnung, TrinkwV), the Medicines Law (Arzneimittelgesetz, AMG) and the Medical Devices Act (Medizinproduktegesetz, MPG). A structured literature research was carried out in the Medline database.
Additional literature was taken into account selectively, including national guidelines and the KRINKO recommendations.
Results: Water for wound irrigation must on principle be considered as a medical device. The KRINKO recommends only the use of sterile water. The available empirical data suggest that in many cases drinking water can be used to cleanse different wounds without higher infection rates compared to sterile solutions, many studies, however, have methodological deficiencies and are not comparable due to differently defined outcomes, inconsistent detection of wound infections and different legal requirements for drinking water.
Conclusions: Large, methodologically impeccable prospective studies are not available. Generally, wound irrigation as a medical or nursing measure should be performed with sterile liquid with a few exceptions. In certain cases (such as perianal wounds), patients may be advised to cleanse with potable water in a home environment on an informed-consent basis concerning a low risk of infection from microorganisms contained in drinking water.

Introduction
Wound cleansing is an integral part of treatment for open wounds healing by secondary intention or chronic wounds in order to clean the wound and to dissolve and dilute wound exudate.
On the one hand, there may be primary wounds that cannot be closed (abscess cavities, ulcers, decollements, skin burns), on the other hand, surgical wounds that have been primarily closed, but have to be reopened due to fluid accumulation or abscesses and left to healing per secundam intentionem.
The “right” wound treatment has been a controversial topic for a long time. The controversial issues range from the right time for dressing change, the duration of a dressing, the dressing material, or antimicrobial agents to the right cleansing fluid. For the latter, aspects such as sterility, osmolarity, tissue toxicity, and cost effectiveness must be considered. It has also been discussed for some time whether tap / drinking water is an adequate medium for the irrigation of wounds. 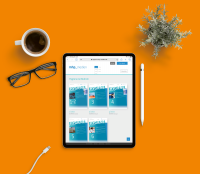