What we can learn from international experiences during the pandemic 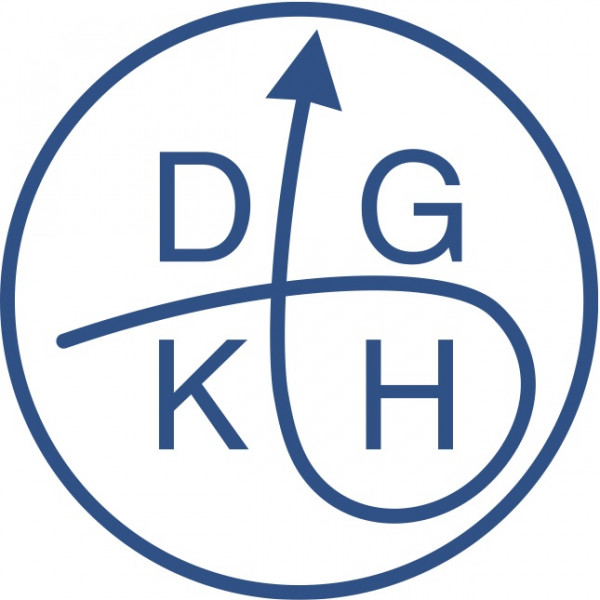 EUNETIPS symposia at the DGKH Congress in Berlin:
What we can learn from international experiences during the pandemic

The COVID-19 pandemic has placed an extraordinary burden on the healthcare system for over two years, but it has also highlighted many weaknesses and allows us to learn for the future. Because the next pandemic will come. International colleagues from Sweden, Great Britain, Italy and Africa, among others, reported on their experiences in three EUNETIPS symposia.

Birgitta Lytsy from Sweden described how practically no measures were implemented there at the beginning. Even with regard to mandatory masks, further evidence was awaited.
In Sweden, there are fragmented responsibilities and hesitant, often unclear decisions due to different regional governments within the federal system – for which the elderly have paid the price, Lytsy explained. After all, most deaths occurred among older patients in long-term care facilities.
After the 2020 winter holiday season, Sweden had far higher case rates than other Nordic countries, for example, because no quarantine measures were implemented. Meanwhile, incidence figures are comparable. The vaccination strategy has worked very well in Sweden.
In Uppsala University Hospital there were 290 COVID-19 outbreaks, with more cases among staff, and these were often acquired in the community, especially when the affected person had few symptoms or was asymptomatic. This provides new insights into the extent to which staff are involved in such outbreaks. This also be applies to influenza, for example, and appropriate protective measures can be taken.

Sara Romano-Bertrand described the course of the pandemic in France. From her point of view, there are different strategies for the time after the crisis:
Symptomatic patients should always wear masks, as should staff. The systematic use of masks could also be helpful during the winter. And hand hygiene remains one of the most important measures. A national independent commission, including Didier Pittet from the WHO, has developed 40 proposals for improvement in preparation for the next pandemic crisis. Strengthening the public health service is an essential component.

Hilde Jansens spoke about the experience in Belgium. Due to the complex structure of the country with different regions and languages, decision-making during the pandemic was often difficult and slow. The problem of the mask shortage was countered, for example, by companies changing their production. Restrictions in hospitals – protective clothing and bans on visits – meant that there were fewer "normal" infections. The influence of the measures on nosocomial infections is not yet clear – first results show a mixed picture. There were decreases, but also increases. Surveillance data must be looked at closely here, said Jansens.
She also referred to a survey on experiences with COVID-19 among health workers. ICU teams are overworked and feel little recognition. The good in the bad: for the future, hopefully the importance of this work for a functioning health system has become clear.

The relevance of big data

Silvio Brusaferro from Italy reported on his experiences. Italy, as we all know, was hit early and hard by the pandemic. At the beginning of 2020, the lockdown was essential to prevent a further explosion of case numbers. Brusaferro described the measures taken to strengthen the public health system, including increasing staff and providing more hospital beds (e.g. 3500 additional intensive care beds). But local diagnostic and monitoring capacities for COVID-19 were also strengthened.
From November 2020 onwards, the situation was assessed using a traffic light system and the measures were adjusted regionally accordingly. This system was very successful.
In 2021, intensive care occupancy and hospital utilisation were focused on in addition to 7-day incidence. The so-called Green Pass (vaccination record) also came into focus. The national emergency was lifted at the end of March 2022.
Brusaferro stressed the importance of collecting, sharing and exchanging data. The One Health approach must serve as a basis, he said.

The hospital of the future

Margreet Vos presented data from the Netherlands and also talked about the hospital of the future, which should facilitate care and treatment during a pandemic.  This requires a certain flexibility in the architecture.
Adaptability (e.g. of the routing), convertibility (e.g. change of room allocation), and expandability are crucial here. In order to design this sensibly and implement it in a practicable way, the cooperation of various professional groups is necessary – in addition to the architects, specialists in infection prevention, among others. For the outpatient clinic, for example, it made sense to locate it on the ground floor during the pandemic, because this meant that outdoor areas could also be used to implement spacing regulations. Vos also showed the conversion of a normal ward into a COVID cohort ward with appropriate restriction of access.
Is your hospital prepared for the next pandemic? For example, are there single rooms for isolation and sufficient adequately ventilated space?
However, Vos also pointed out that one cannot say for sure which elements make a hospital suitable for the next pandemic – transmission routes can vary, as we also had to learn during the COVID 19 pandemic. In this respect, flexibility is particularly important.

Rose Gallagher from the UK reported on experiences from the nursing perspective. Since the measures were lifted, there have been over 4 million cases in the UK. The legislation (Health and Safety Law) does not explicitly refer to healthcare, Gallagher explained. However, the risk for healthcare workers is much higher than for the general population. The pandemic has brought the importance of risk assessment and control measures into focus. A cultural change is also necessary here in order to implement the necessary changes especially in risk assessment for the future.
Risk assessment, infection prevention guidelines and existing legislation must be intertwined. Gallagher pointed out that the language of guidelines has a significant influence on the implementation of measures, for example, "preferably" expresses that one has a choice.
Finally, she addressed the issue of masks. During the pandemic, especially at the beginning, no attention was paid to the fact that FFP-2 or -3 masks could not be worn all day without breaks. Among other things, skin damage was the result. Using potentially harmful substances as examples, she explained how a risk assessment should actually be carried out. For such cases, an online toolkit was developed with which risks could be assessed. So the pandemic is also a chance to learn, Gallagher said.

In the third EUNETIPS symposium, Mulugeta Gebremicael reported on the impact of COVID-19 in Africa. He looked particularly at the vaccination campaign. Using the example of other vaccinations such as polio, he showed the great success of these campaigns in preventing deaths. However, in recent years, the number of children vaccinated has stagnated, especially in Africa, full immunisation has not been achieved in almost 20 million children under one year of age for the DTP vaccine. Almost 14 million children had not received any dose at all.
Experiences, e.g. during the Ebola epidemic, have shown that such vaccination gaps can lead to outbreaks with high death rates when another dangerous situation arises, e.g. with measles, because vaccination campaigns stagnate or are not completed due to logistical problems or also due to the lockdown. Accordingly, 16 African countries have also reported measles outbreaks during the pandemic until February 2022, and wild poliovirus has been detected again in Malawi.

The next pandemic is coming

Martin Exner spoke about the German experience. At the beginning of the pandemic, it was problematic that people had largely abandoned stockpiling – accordingly, there was a lack of protective equipment in particular.
The pictures from the severely affected Italian city of Bergamo had a great influence on the perception of the pandemic. Many details were unusual in this pandemic, including the long duration, which required many complementary prevention and control measures. SARS-CoV-2 is transmissible 3 days before the onset of symptoms, and there is a high rate of infected people without symptoms. On the other hand, there have been explosive outbreaks – for example, over 1400 cases occurred in the meat industry within a short period of time. In long-term care facilities for the elderly, there were also transmissions via the ventilation system.
Exner recalled different prevention strategies: primary prevention (e.g. hygiene, spacing, vaccination), secondary prevention (including testing strategies for early detection), tertiary prevention (e.g. contact tracing to prevent further spread in case of an outbreak). Exner presented phases of the exit strategy as proposed by the DGKH at the end of March. Hygiene experts have to keep them system running, he stressed, because more pandemics will follow.